This means the user licence level in the Call2Teams portal has reduced below the number of configured users.

This may have occurred for one of a few reasons:

When the licence level is reduced below the configured user level, users at random will become unlicensed.

This issue is resolved by either increasing the number of licences purchased, or deleting users. Any changes will aromatically re-flow to other users and update their licence status.

Contact your provider to have the licence level increased.

Resolve this issue by using the Sync Now function to bring in the Teams users and perform the auto match function.

Otherwise a manual association between Teams users and imported users can be made with the Edit User function (below). 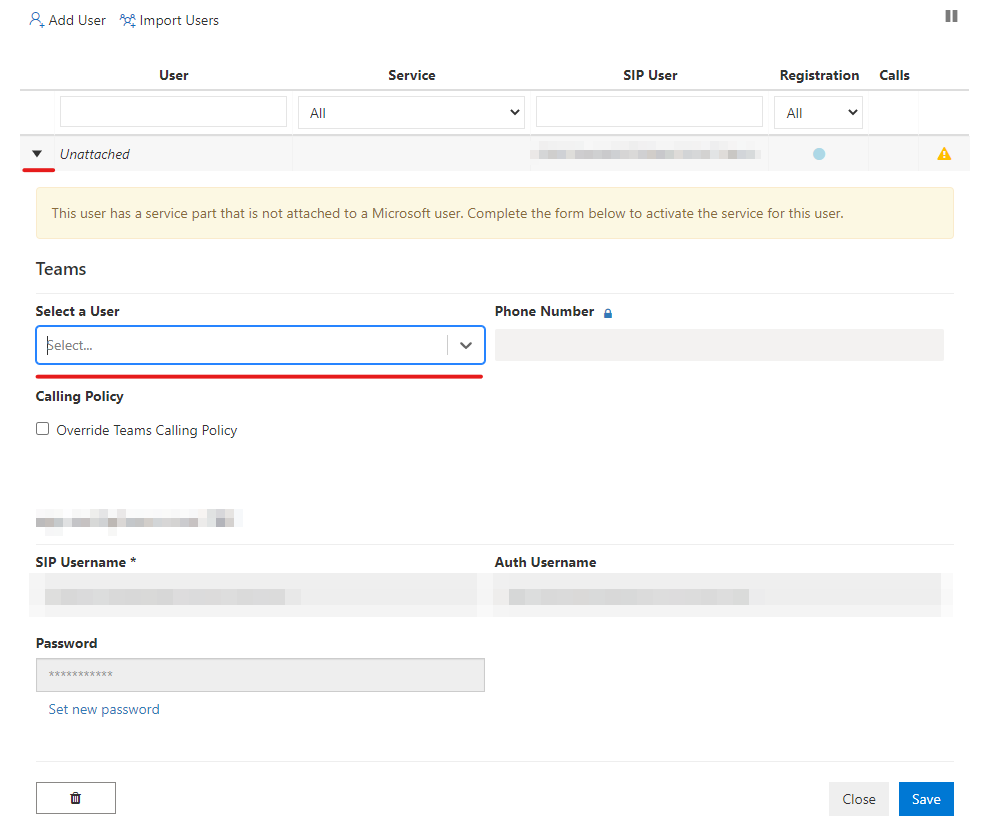